There are some amazing early maps and views which can help to piece together the early history of the property and the sequence of its assembly and development as a cemetery.

The oldest map is an 1828 property survey by the Royal Engineers of the former Fort Massey property. The view is from what will become Queen Street at the bottom of the map, looking westward toward what was then the Commons. The “Old Road” on the left of the property is what will become South Street. What appears as a smallish red rectangle on the upper right of the drawing is “Stayners Tanery”. The little brook that runs across the property from just below the tannery is called “Little Run”. It makes a marshy area, and joins the larger stream in what came to be known as “Fresh Water Brook”. 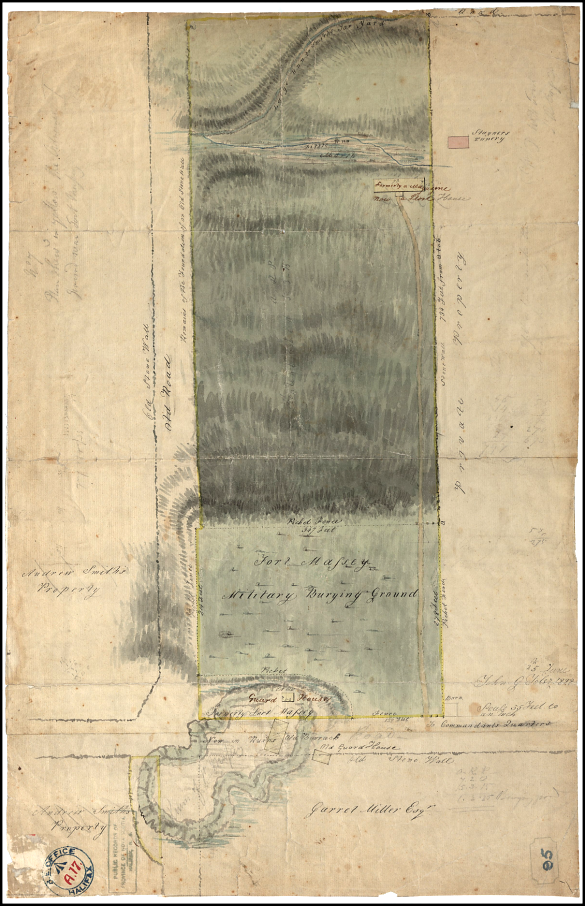 The next map is an 1838 property survey by the Royal Engineers of the same property, with the same orientation. The survey is done just five years before the land is transferred to the Catholic church as a cemetery. The map extends farther west, however, going beyond the property to show what is now Tower Road. This land to the west that is now visible is part of the Commons. 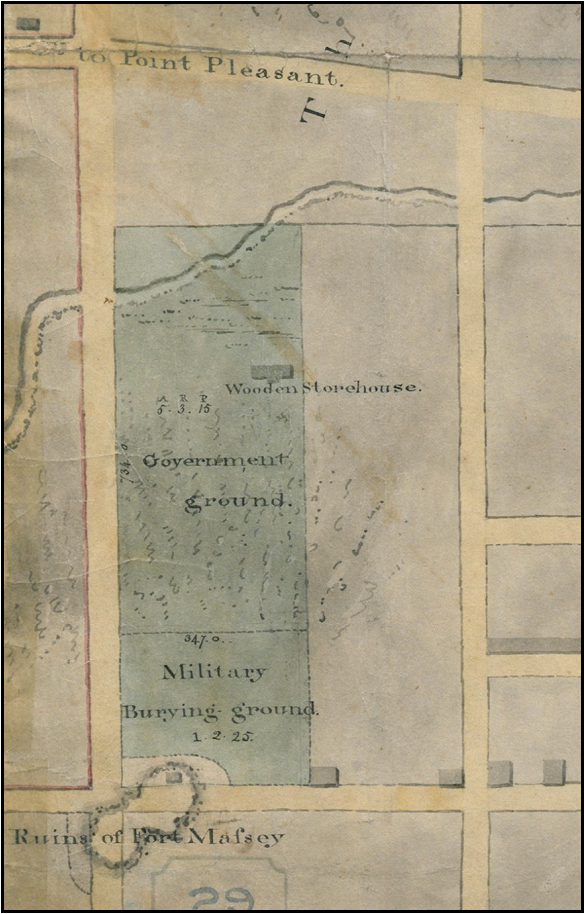 The status of the land to the west becomes clear in the third survey plan. Unlike the two earlier survey plans, it is not prepared by the Royal Engineers, but by a private surveyor, W.A. Henry, in 1849. This survey has the reverse orientation, as is clear from looking at the path of Fresh Water Brook: the orientation of the map has the top toward the east. What is now called “Fort Massey Street” is what we ecountered earlier as “Old Road”, which is now called South Street. South Park Street does not, therefore, exist at this time, but is simply part of the lands referred to here explicitly as “Common”. Access to what is now Holy Cross Cemetery is over a bridge crossing Fresh Water Brook, having the name “St. Ann’s Bridge”. 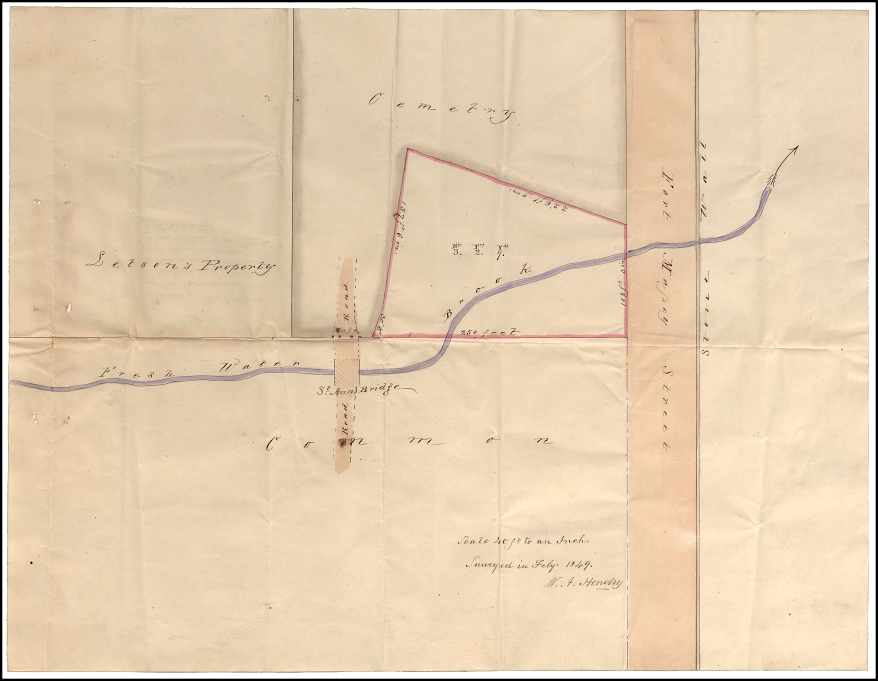