The project will examine the changing identities and social mobility of Irish immigrants in the British imperial city of Halifax, Nova Scotia, during the nineteenth-century. Arriving in Canada as pre-famine poverty immigrants, both the social identity and the economic capital held by the community improved rapidly in the first half of the nineteenth century. At mid-century, these changes led to an extraordinary efflorescence of institutional development, illuminating the remainder of the century. Canada’s leading national bank – RBC (Royal Bank of Canada) – was started in Halifax by Irish Catholics during this period. Even closer to the forefront of collective memory are the Catholic public schools, hospital facilities, homes for the unwed and aged, orphanages, seminaries, and colleges which were started at this time. How could this blossoming, this redemptive service, of a poor immigrant community have borne this fruit? We hypothesize that there was continuing independent interaction between the social meanings, discourse, and identity of the Irish Catholic community in Halifax, on the one hand, and the financial success and social mobility which the community experienced, on the other. 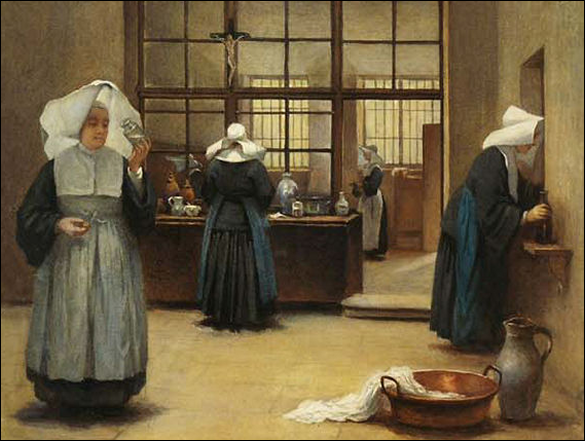 The research project is being structured around the work of ten co-investigators and five research collaborators organized in workgroups, with related budgets for research assistants and expenses. Scholarly direction of the overall research work will be led by the Project Leader, and Professor Mark McGowan has accepted the appointment. He holds a faculty position at Saint Mary’s University in Halifax, and at St. Michael’s College at the University of Toronto, where he works closely with the Canadian Catholic Historical Association. Apart from their Catholic origins, the universities both share a commitment to Irish history: St. Michael’s houses a Celtic Studies Program and Saint Mary’s houses an Irish Studies Program. Given the tight timetable for the project, the administration of the work of the Partnership will be run by a full-time Project Coordinator, and Dr. Peter Ludlow has accepted the position. A graduate of Queen’s University, Belfast, Dr Ludlow is the Research Director of Holy Cross Historical Trust. Given the overlapping affiliations of the management team, the interests of the Partners are already well-represented. Accordingly, it is agreed that it is not necessary to set up a formal governance structure, but instead three of the Collaborators will be appointed to a Liaison Group within the Project. Professor Terry Murphy of Saint Mary’s University, Robert Dennis, Vice-President of Canadian Catholic Historical Association, and Paul Armstrong, Trustee of Holy Cross Historical Association will assume this role with the research team. In addition to their assistance with the substance of the research, they are also charged to represent and communicate the interests of their Partner organization to the research group, and support the maintenance and further development of the research network.

The scholarly community has an opportunity to build a cross-disciplinary methodological approach uniting interpretative studies with a large-scale quantitative analysis of historical materials. This innovative methodological work can be used to address a crucial theoretical question about the way that local histories of meaning and discourse interact with genealogies of family formation, social capital, and mobility. The connections to the Canadian Catholic Historical Association provide a means to further widen and build the research network, and disseminate the results of the research. This scholarly work also has a very practical outcome for the community. The Holy Cross burial database will be transformed into a genuine genealogical database, and the research will provide strong case materials to build interpretative products at the cemetery site for public viewing and display. This interpretative work can provide a foundation for making the cemetery a beacon destination to learn about the history of the Irish Catholics in Nova Scotia.