We were enormously pleased to have Professor Mark McGowan as the first speaker in our Annual Lecture Series, held on Thursday, October 10, 2013, in Saint Mary’s Scotiabank Lecture Theatre. As a leading scholar of Irish and Catholic religious history in Canada, Mark has considerable experience speaking to both community and scholarly audiences. His talk located Halifax at a critical moment in Irish Diaspora history. 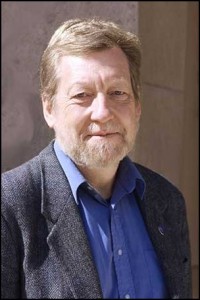 Mark McGowan | St. Michael’s College, at the University of Toronto

Currently Acting Vice-Provost, Students at the University of Toronto, Mark is the Project Leader of a major international study in which the Trust has been the lead organizing partner. From 2002 to 2011, Mark served as Principal and Vice-President Academic of St. Michael’s College, University of Toronto. In this position, he was responsible for the directorship of five academic programs, over sixty faculty members, and a student body of over 4,500 undergraduate students. As Principal, he organized symposia, supervised research projects, and coordinated international conferences, the most recent being the international association of book historians (SHARP). In directing five interdisciplinary programs (Book and Media Studies, Christianity & Culture, Celtic Studies, Mediaeval Studies, and Concurrent Teacher Education), two of which he founded, Mark is dedicated to building partnerships between university departments, instructors, researchers, and deans of faculties.

The Irish Studies Program at Saint Mary’s University was started a little over twenty-five years ago by Cyril Byrne, its first Director. It has accomplished much over that period, both through the education of students, its annual lecture series, and its support for scholarly research, primarily through its focus on Irish “high culture”, with a concentration on language, literature, music, and history of the homeland. We think there is an opportunity to build upon this rich tradition and expand into the history of the Irish Diaspora in Canada.

To do so, though, the scholarly commitment in Halifax, with considerable support and participation by the community, will need to move beyond the domain of “high culture”, and focus more sharply on the place of Ireland in the history of Atlantic Canada. In his October lecture, Mark McGowan helped us start that shift.

For more information about Holy Cross, please don't hesitate to contact us.
Get In Touch
Copyright 2018 Holy Cross Historical Trust. 2021 - All Rights Reserved
Back To Top
×