There is something about Holy Cross. There is a sense of the sacred that is palpable in this peaceful inner city space. We are called not just to give thanks for the cultural and social gifts of those who died, but also to honour the spiritual lives and devotion of these people. Perhaps to learn from their faithfulness as well. The religious story is not just institutional church history, but is even more a story about the interior life, about experiences of God, and how this found expression in service to others. 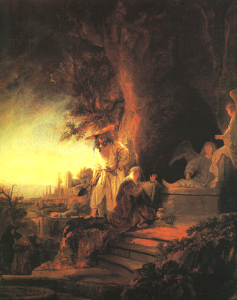 In the 19th century, people poured into the convents and seminaries. Edward Kenny, for example, one of Nova Scotia’s foremost businessmen, and a Warden of St. Mary’s Parish, was buried in a family plot in Holy Cross Cemetery. A devout Catholic, Kenny was the father of twelve children, and saw three of his sons become Jesuits, and one daughter become a sister with the Religious of the Sacred Heart.

In our present day, we might wonder what those who have volunteered over the past six years in restoring Holy Cross would say of their experience, and how working together in this sacred space has touched them. There are rich stories that we can find in the weathered headstones, and a rich experience in the present as well, one growing in the hearts of those who have worked and visited in Holy Cross – stories that speak of meaningful community, a sense of the sacred, and the deep peace of Christ.