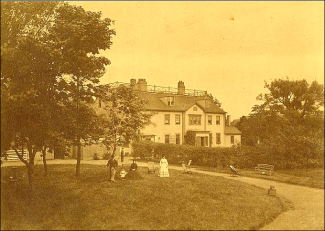 The career of James Tobin is a prominent example of second generation Nova Scotian entrepreneurial achievement. His father, Michael Tobin the elder, came from obscure origins in Waterford, Ireland. He immigrated to Nova Scotia by way of Newfoundland in the mid-eighteenth century at a time when Catholicism and Catholics were still under legislative disabilities. James Tobin, who for over thirty years was a leading figure in St. Peter’s / St. Mary’s parish, would live to see these penalties removed, and would become the first Roman Catholic to have a seat on the Council of the colony.

A butcher who had established himself in Halifax prior to 1774, Michael Tobin Sr. and his wife Catherine (née Murphy) had five sons: Thomas, James, Michael, Patrick and John. A man with ambition, Michael Sr. soon became something of a merchant. Although by the time of the 1793 Poll Tax he was still described as a butcher, his business concerns had expanded considerably. Terrence Punch has noted that the elder Tobin laid the basis for family fortunes by accessing victualing contracts through the provincial government to supply the army and naval yard with meats and other goods. These contracts required that Michael Sr. maintain stable supplies of meat and fish from the provincial hinterland. Any shortfalls in provisions would have led to serious consequences for the successful bidding on continuing contracts. Given this, it is most probable that Tobin looked to imports from the American colonies or, later, the United States, as well as from elsewhere in the Maritimes and Newfoundland, to tide him over in times of seasonal scarcity. To ensure the timely transportation of these goods, the elder Tobin ventured into shipping, forming connections which would later be used and expanded by his sons, James and Michael Jr.

Michael Sr. died in 1804. James Tobin had been working with his father since at least 1800, during which time he married Eleanor Lanigan, the daughter of Halifax merchant Patrick Lanigan. Together, the couple had six children. This marriage was an important bond for James, as it not only reinforced the younger Tobin’s mercantile connections in the capital, but also brought together two Irish Catholic households.

Along with his younger brother Michael, James Tobin continued their father’s business as “J. & M. Tobin”. The prolonged European War, coupled with the War of 1812 presented opportunities for the brothers to diversify, thus expanding their business. In 1813 the brothers joined other Halifax merchants in petitioning the Governor and Council for permission to export goods to the United States which were seized from prize vessels. They had already been importing goods from Newfoundland, and were taking part in the purchase of condemned prize goods for use in their wholesale and retail concerns.

The War of 1812, combined with the heavy expenditures needed by visiting and stationed British regular forces and navy personnel drove the economic engine of Halifax. Privateering moved beyond French vessels to include American shipping once the full momentum of the conflict between Britain and the United States was under way. It would not be unexpected to find that the Tobins had shares in privateering vessels, as many merchants were involved in this aspect of war. British naval blockades of American ports created a decline in privateering opportunities but did not completely stop such activity by either side in the conflict. It did, however, permit Nova Scotia merchants to more readily continue their West Indies trading with the lessened threat from United States vessels, which in part explains the increase of imports for J. & M. Tobin., particularly those from the West Indies. Profits which were made from these imports were invested into loans, mortgages and government bonds. Combined with astute trading, the firm managed to build up considerable assets. 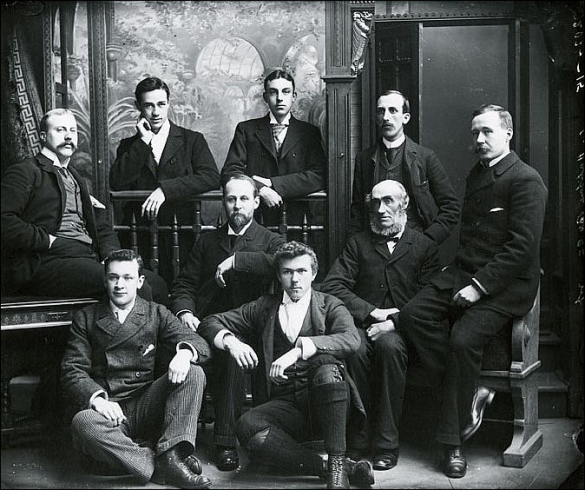 In 1825, James and Michael Tobin participated in the founding of the Halifax Banking Company. For years, there had been discussion in the press that the business of capital was hampered for want of a banking institution. Founded with an initial capital of £50,000, the bank was divided into ten shares.

Participating in the founding of the Bank placed James Tobin in the inner circle of Halifax’s commercial elite, and the decreasing restrictions on Catholic legal rights set the stage for more advances by the Tobins and by Catholics in general. In 1827, the Assembly passed a motion removing the disabilities against Catholics with the removal of state oaths, two years before London passed its own legislation in 1829. Once the Imperial Parliament passed the emancipation legislation, the way was open for Catholics to move into previously blocked opportunities. James Tobin was nominated in 1831 to sit on the Nova Scotia Council, and became the first Catholic, once he took his seat in 1832, to sit there. When the Council was divided into the Executive and Legislative Councils in 1838, James Tobin became a member of the latter. Unfortunately, his appointment to the Legislative Council was short lived, though, for he died later that year. Right up until his death, James Tobin remained prominent in church affairs and certainly maintained a secure financial position. At the time of his death, he was one of the wealthiest men in Nova Scotia, with an estate valued at £50,360.