Religion played a large role in the life of James Tobin. James came to his faith by birthright, nationality and spiritual commitment. As much as his career was focused on business and politics it was his Catholicism which provided grounding and reinforced ethnic identity while balancing a growing sense of Nova Scotia “nationalism”. 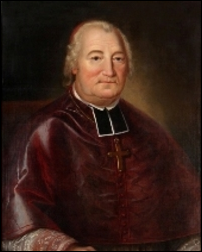 Both Michael Sr. and his sons were active participants in the parish life of St. Peter’s. An excellent example may found in two letters to Bishop Denaut of Quebec dated January, 1802. The first was written by P. Ryan, M. Bennett, Edmund Butler and James Tobin: “primary meeting of the Catholic inhabitants of this town, twenty-nine electors were chosen, who, in conjunction with the members of the former committee, proceeded to elect by ballot a warden with three assistants, to succeed in rotation, the gentlemen of the former committee having declined. We had the honour of being chosen to fill that important office, though there may be many in the community better qualified”. The old committee added a letter of endorsement to accompany this one; its signatories were headed by James’s father, Michael Tobin. Michael Tobin, and later on his wife, Catherine, would have been buried in old St. Peter’s graveyard next to the site of the wooden church (now under the parking lot of the stone church, begun in 1820, and subsequently named St. Mary’s).

In addition to being active in his own community, James and his brother also assisted Catholics elsewhere. In 1815, their firm became involved in a religious cause in response to the efforts of Catholics in Burin, Newfoundland, to erect a house of worship in their community. J. & M. Tobin already had a strong link to the Newfoundland trade by this time, dating back to at least 1810. The large merchant houses who employed the majority of the Burin populace offered to financially assist in the construction of a church, as did many smaller local Irish Catholic merchants. They contacted J. & M. Tobin to arrange for the building of a pre-fabricated frame and materials which were then shipped to Burin, the first pre-fabricated place of worship in Newfoundland. The wooden structure was 50 feet long by 24 feet wide, and the Belfry stands about 20 yards from the Church. This building would stand until taken down in 1900 to be replaced by a “modern” structure. 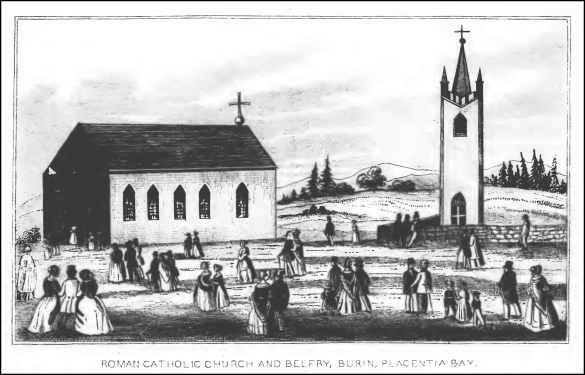 The Tobin brothers’ religious devotion can also be seen in the pains they took to ensure their children had a Catholic education. In July of the same year that J. & M. Tobin assisted with the construction of the Catholic chapel in Burin, two of James’s daughters accompanied Reverend Edmund Burke when he sailed for Cork, Ireland, on his way to Rome. The girls, along with two daughters of fellow Catholic merchant, Laurence Doyle, were to receive an education in an Irish convent. Like James, Michael had also sent a child overseas to be educated. Sadly, his son Stephen, who was attending the Roman Catholic Stonyhurst College in England, died suddenly in 1826. He was only 19 years old.

James and Michael were also, involved in the enfranchisement struggle. As noted elsewhere, James became the first Roman Catholic to sit on the Nova Scotia Council. However, his appointment was only made possible by overcoming the restrictions on the political and legal activities of Catholics. Although the restrictions had decreased after 1783 when Catholics were permitted to buy and sell land, have a chapel, and be allowed to have priests present, limitations still existed during most of James’ lifetime. Any individual elected to a seat in the House of Assembly was required to take an oath which denounced the papacy and the doctrine of Transubstantiation. In 1827, Catholics in Halifax rose up and petitioned the House on the removal of these disabilities. The petition was headed by the vicar-general at St. Peter’s, John Carroll and Reverend James Dunphy, and followed by twelve pages of signatures. Among the petitioners were James and Michael Tobin, along with businessmen such as Laurence Doyle, Daniel Creamer and Edward Kenny. The names obviously held weight. The same year, the Assembly passed a motion removing all disabilities against Catholics with the removal of state oaths, though this was reserved by London until it passed its own legislation emancipating Catholics in 1829.