In October 1832, at the unusually late age of 32, the “fine-looking” Kenny married Ann Forrestall, a member of a prominent Antigonish family. They were wed in Halifax’s newly completed St. Mary’s Cathedral in the presence of Fr. John Loughnan. The couple went on to have twelve children, eleven of whom survived infancy. Besides a large family, the marriage provided Kenny with a number of valuable contacts in the colony. 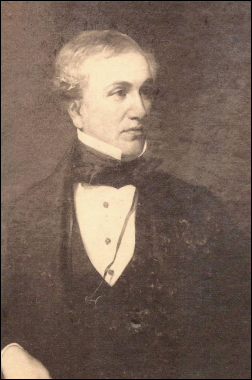 His wife’s brother, Richard John Forrestall was the first Roman Catholic elected to the provincial assembly from the County of Sydney in 1837 and her half-brother, W.A. Henry, was a prominent lawyer and future “Father of Confederation.”

Religion was an important part of Kenny’s life. As a leading merchant he held a prominent position in St. Mary’s Parish. He was first listed as an “elector” in 1834 and as a “warden” in 1836. As a church leader, Kenny was influential in pressuring Bishop William Fraser to send for Dublin priests to staff the growing Catholic community in Halifax. Eventually a rift developed between Bishop Fraser and the Irish elite of Halifax, and between 1838 and 1848, Kenny and his Irish colleagues fought tenaciously to wrestle ecclesiastical control away from their Highland Scottish counterparts in the northeast and Cape Breton. Eventually Rome intervened and the Vicariate of Nova Scotia was separated into the Archdiocese of Halifax and the Diocese of Arichat (later Antigonish).

By opposing Bishop Fraser, Kenny became a visible leader in Irish-Halifax. In 1842, he was elected president of the Charitable Irish Society, which placed him at the fore of the community’s social and religious events. Politically the Irish sympathized with the Liberal-reform movement, and when these reformers, led by newspaperman Joseph Howe, challenged the Council of Twelve, the limited powers of the assembly and the inflated salaries of unelected officials, Kenny gave his fervent support. As a reward for this patronage he was appointed to the colony’s Legislative Council in 1841. In 1842, Kenny increased his political authority when he agreed to take over the mayoralty of Halifax from the absent Stephen Binney.

Despite the great gains that the Liberal-Reform movement made for Irish Catholics in Nova Scotia, the relationship soon began to break-down. Notwithstanding the prominent place in government of men such as Kenny, the Irish-Catholics believed they had little control over patronage and the Liberal-Reform party apparatus. In short, they felt that they were taken for granted. The break was finally made in 1854 when Joseph Howe went to the United States to recruit soldiers for a “foreign Legion” to fight in the Crimean War. The ethnic and religious acrimony, personal resentments, and petty jealousies cumulated in a nasty and public break-up. The “Gourley Shanty Riot” of May 1856, which pitted Protestant railway laborers against Catholics, sealed the split.

Active with the Charitable Irish Society and a founder of the Halifax Club, Kenny had plenty of community endeavors to keep him occupied. However, after Canadian Confederation in 1867, politics came calling once again and Kenny was appointed to the Senate. Soon after, he was offered as a compromise cabinet minister from Nova Scotia in Sir John A. MacDonald’s first government. The province’s numerous anti-confederates found Kenny the least objectionable union representative and he was regularly paraded out by MacDonald to appease his fellow Nova Scotians. 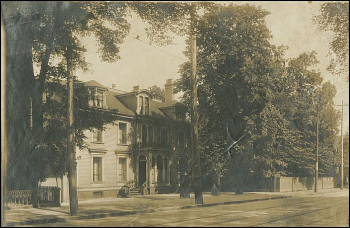 In 1870, Kenny resigned his seat in cabinet to make room for Tupper and was given the post of administrator of the government of Nova Scotia. “We have no fault with the appointment of Mr. Kenny,” argued William Annand’s Morning Chronicle, and as no one but a confederate could occupy the office, he was “truly glad that a gentleman who has done so little to make himself obnoxious to the dominant party in this province has received the appointment.”

Edward Kenny died at his residence (197 Pleasant Street) on 16 May 1891. Two days later, the Charitable Irish Society met at Masonic Hall and promptly adjourned out of respect “to the memory” of the deceased. As an Irish immigrant to Nova Scotia, Kenny’s rise through the ranks of Halifax society was impressive. Although his narrative is not representative of the wider Irish story in Halifax, his mercantile and political success illustrates the extent to which some Irish Catholics were able to elevate themselves in colonial Nova Scotia.